Who's doing this stuff?

'Please allow me to introduce myself...'

Here we are, listed in order of arrival… 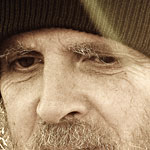 A talented-screw-up, for 30+ years, through ventures & consults, I've designed/built/repaired businesses for myself and others.

My core skill is analysis and strategy.

Streetwise-smart rather than academically-schooled, I don't come with an MBA education grounded in blue-chip corporates. Instead, my expertise and experience has developed over many years… usually at the sharp-end where the deals are done and the money changes hands.

Emphatically rejecting unspirited and ethically-compromised enterprise which simply exploits without putting anything back, I believe that great enterprise is built upon integrity, intelligence and energy.

I'm based in England.

For more, try this.

My role here? As founder, birth the thing and then get into the background.

'Corporate numen and company gopher', my main responsibility is to lay guidelines which get (and keep) this thing working as intended.

With advancing age I'm allowing my 'inability to effectively execute' more space than before. Happily 'more songwriter than singer' my focus is strategy.

I may be the only business consultant who's studied New Testament Greek at Yale, lived with the Grateful Dead, run as an independent candidate for Governor of Connecticut, and hosted a tv talk show.

I cut short a promising academic career in the '60s, to jump into the world of pop music. Rather than hang with slackers on campus whom I knew wouldn't amount to anything (ne'er-do-wells like John Kerry, George Bush, and Howard Dean) I left New Haven in the Summer of Love and headed to New York.

After years of witness-protection tours in towns that don't appear on maps, I moved onto the next obvious career, business consulting. (There was a sequential logic to that, I just can't remember it.)

During the past twenty-five years I've worked for various notable consulting organizations (including Peter Senge, Fernando Flores, Werner Erhard, and most recently Tom Peters); my clients include some of the world's leading corporations.

My role here is 'informal advisor or something' undefined.

Additionally, a variety of tasks are outsourced to various freelancers.

Honk #1:  Player is temporarily offline.
By continuing to browse, you agree to our cookie-use. OK, continue »(more info)